I’m so excited to share the second book in the Intrigue series with you! Layla: an Intrigue Novel, is available now! The Intrigue books are a spin-off of the Ransom series, so if you’re missing that gang, you should check it out!

If you haven’t read the first book in the series, now is a great time to grab it. For a limited time, book one, Lance, is on sale for 99 cents. I rarely do 99 cent sales so you definitely want to get this one before it goes back to full price. 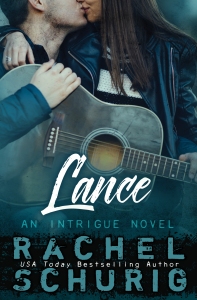 I hope you’re all doing well! If you pick up Layla’s book, I’d love to hear what you think!

Hey everyone! I hope you’re all having a great 2019 so far! My year has been BUSY. I bought a new house at the very beginning of January and it’s been tons of work getting it ready. But I have my office all set up and ready to go so at least I have a place to write!

And I have been writing! In fact I have a new book coming out on March 18th and you can  pre-order it on Amazon now! Layla: An Intrigue Novel, is the 2nd book in this new series. If you haven’t read the first Intrigue book, it’s a spin-off from the Ransom series, and the whole gang makes several appearances. In fact, one of my favorite Ransom brother moments happens in the first Intrigue book. So if you’re missing those boys, this would be a good one to pick up 😉

To celebrate the pre-order, I’m making book one, Lance, 99 cents for a limited time. I rarely do 99 cent sales so this is a great opportunity to get started on a new series! I really hope you’ll check it out!

You can pre-order Layla: An Intrigue Novel, on Amazon now!

You can grab book one, Lance: An Intrigue Novel, for only 99 cents for a limited time!

Always You is now available! This is the 2nd book in a new small town romance series called Lilac Bay. I’ve been having a really great time getting to know the characters on this little island and I’m already excited to plan out book 3.

Always You is being offered for only 99c for a limited time only! This book will normally sell for $3.99 so make sure you grab your copy before the prices go back up! Always You is my contribution to the Friends with Benefits series. All of the books in this series can also be purchased for only 99c for a short time. Stuff your e-reader with some cheap reads for summer! 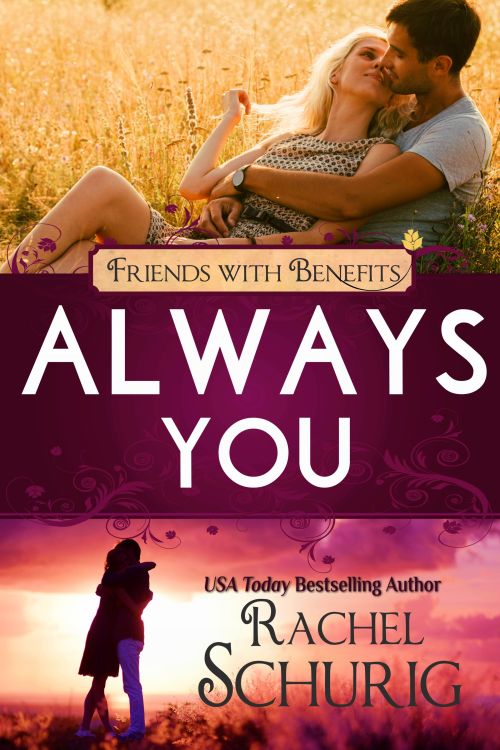 For as long as she can remember, Riley James has wanted to work in television. And more often than not, Riley gets what she wants. There’s a reason, after all, that she’s considered the most competitive person on Lilac Bay Island. Riley likes to win.
So when Lilac Bay is chosen to participate in a reality TV show, it’s only natural that Riley leads the charge to bring home a victory for their small town. And who better to help her than her best friend, Andrew?
As the competition kicks into gear, the stakes for Riley and Andrew get higher. The line between reality and the game isn’t so easy to find. This time the two old friends are playing for keeps. And love might be the ultimate prize. 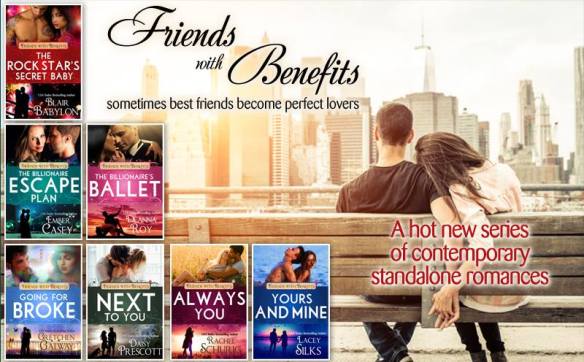 Don’t miss the rest of the books in the Friends with Benefits series! All of these books are available for only 99c for a very short time. Don’t miss out!

I have really exciting news! I’m participating in a brand new series with some author friends called FRIENDS WITH BENEFITS. We’ll be releasing brand new, full-length books twice a week for the next month! All of these books feature friends that realize they can be MUCH more! The best part–each one will be available for pre-order and release for only 99c! None of these authors ever release full novels at that price–including me!

You can read more about the series right here!

The first book up is Deanna Roy’s The Billionaire’s Ballet. I’ve already ordered it and have it waiting on my kindle!

The Billionaire’s Ballet by Deanna Roy

Juliet left for dance school pining for the son of her mother’s billionaire boss. But when she returned an accomplished ballerina to win his heart, she discovered his brother was the one who took her breath away.
Laugh and sigh with this fresh retelling of Audrey Hepburn’s classic Sabrina from six-time USA Today bestselling author Deanna Roy.
Amazon, iBooks , Kobo, Google Play, Nook , Paperback

My book will be Always You, the second book in the Lilac Bay series. If you picked up Where Your Heart Is two weeks ago, you’ll be able to read book 2 next week! I never release books this close together!! You can pre-order Always You from Amazon right now for only 99c!

I’m really excited about the FRIENDS WITH BENEFITS series you guys! I hope you can snag a whole bunch of cheap, awesome reads!

The first is Lovestruck at Christmas, a holiday novella about Lizzie, Thomas, and all of their family and friends. I’m a giant sucker for anything Christmas related, so I had a really good time writing this one. I hope you like it as much as I do!

The second Lovestruck story is called Sofie and the Movie Star. You can find this brand new story in the LOL Anthology #2, along with nine other original romantic comedy stories by some of my favorite authors. You get all ten stories for only $.99!

Merry Christmas! I love, love, love Christmas Eve! This is the night when we get together with my huge extended family. We eat yummy food, sing carols, exchange presents, and generally have a wonderful time. I look forward to it all year and I’m so happy my family has this tradition.

What traditions do you enjoy celebrating this time of year?

Since I’m in such a festive mood I wanted to share something cool with my awesome readers. Today only the entire Three Girls collection is available on Amazon for just $2.99. That’s three full length books for the price of one! Check out the link below. The three Girls series would make a nice gift for any fans of chick lit or romantic comedy.

I hope you all have a lovely holiday with your friends and family. I am so blessed to have such amazing readers. Thank you so much for all of your support!

Sign up to get the latest information on book releases, contests, and sales! Sign up for our free newsletter!